The early (1997-2003) Marshall JCM2000 DSL50, DSL100, TSL100 en TSL122 amps are often troubled by an unstable bias (drifting bias). This can be difficult to diagnose correctly when the amp is on the repair bench as it can take half an hour or more of testing and/or playing before this bias drift manifests itself. Due to this drift the bias current of the power tubes will gradually increase, and will keep increasing, until the power tubes will glow bright red/orange and the HT fuse will blow (sometimes). When this phase has been reached the power tubes are usually defective and will need replacing. Often this happens with two of the four (DSL100, TSL100 en TSL122) or one of the two (DSL50) power tubes, on the right hand side (as viewed form the rear of the amp).

All sorts of wild stories about this phenomenon circulate on numerous guitar amp forums but none of these stories address this issue completely and accurately. Dr.Tube has very thoroughly investigated this problem and has devised a simple and elegant but very reliable and affordable solution to this problem.

The Cause of the Bias Drift.

The primary cause is to be found in the main printed circuit board (PCB). That is the big PCB with all the tubes on it and we’ll call it the mainboard from now on. If the code on the mainboard is either JCM2-60-00 or JCM2-60-02 then it is likely you allready have been, or soon will be, confronted with the bias drift problem. Due to the heat produced by the tubes the PCB material becomes ever so slightly conducting. The specific layout of this PCB is such that some circuit tracks at the HT potential (usually around 450V or so in these amps) run right next to the tracks for the negative grid (bias) voltage. At one location the distance between these two tracks is less than 1mm! The HT voltage will “pull up” the negative grid voltage, thus increasing the bias current. This is a runaway process and it wil only stop due to the power tubes saturating at some very high current (whilst going into meltdown mode) or the HT fuse blowing, but more often than not, the HT fuse blows too late (or not at all).

Up to now this problem has only been ascertained on the JCM2-60-00 and the JCM2-60-02 mainboards. These mainboards are also often fitted with the incorrect control grid resistors (JCM2-60-00: R55, R57, R62 & R70, JCM2-60-02: R7, R10, R66, R70). These are then 220kΩ instead of the desired 5.6kΩ. This will further aggravate the drifting bias problem. The later TL10-60-02 mainboards aren’t troubled by the drifting bias problem (yet) and also have the correct control grid resistors fitted, though I do expect these boards to exhibit the bias drift problems too.

Marshall offers a new mainboard as a “solution” for this problem. This solution isn’t exactly cheap, and the availability of the new mainboards is difficult. I’ve already received word that these new “issue 20” mainboards are troubled by the same bias drift problems. This does not come as a surprise as the layout of the problem areas has not changed on these new boards. These new boards were developed to comply with the (then) new RoHS legislation, which forbids the use of certain materials, like for example the minute amount of Cadmium in the NS32 optocouplers used for the channel switching. The new issue 20 boards use a relay for the channel switching instead of the optocouplers.

The Solution of the Problem. 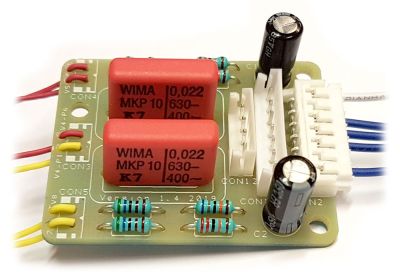 Dr.Tube has designed a small PCB (and a complete kit with all necessary parts) which is easy to mount in these amps. This PCB is fitted with the new bias parts and is connected between the mainboard and the small bias pot PCB. The extra required cable is supplied in the kit. A couple of wires need to be connected between the mainboard and the new bias PCB. The mainboard needs to be slightly modified where all the pins 5 of the power tube sockets need to be freed from the mainboard. This can be done with a Dremel, but Dr.Tube can supply a very handy hollow drill making this part of the job a piece of cake! 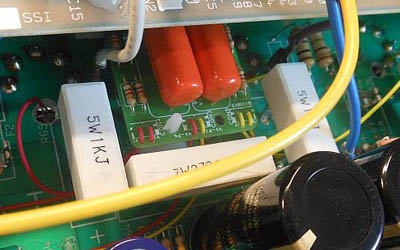 Also situated on the new bias PCB are the new phase inverter (PI) coupling caps. The bias PCB has been dimensioned so that the original coupling caps (from the mainboard) fit on here (if you so desire), but also Wima MKP10, Orange Drops, MKT1813s, Mallory 150s or MKS caps fit on here too. Whatever suits you best. The bias PCB is normally fitted with two Wima MKP10 caps as I like the transparant tonality of these caps best.

This kit can be ordered as a kit in the Dr.Tube webshop. There is a version for the DSL50 en DSL100 amps and there is a version for the TSL100 en TSL122 amps. Installing this kit requires more than average skills. You need to be able to correctly disassemble and reassemble a JCM2000 amp without losing any screws of having any screws left over when you’re done. The mainboard needs to be modified with a Dremel or a hollow drill and you need to be able to solder. All together this isn’t rocket science but if all this is new to you then it is probably wise to have this kit installed by an experienced tech. This kit can ofcourse also be installed by Dr.Tube. The installation costs are € 130,00.

For repair shops, amp techs, amp modders, etc. we also have a Full Kit of Parts available in the webshop. This Full Kit of Parts contains all the needed parts for either the DSL or TSL amps, so you only need to keep one style of kit in stock.